Want maximum relaxation? Weigh anchor and set off on boat excursions in Sicily, from the Gulf of Noto along the eastern coast

Change perspective and hop on a boat for an excursion along the coast of Eastern Sicily. You’ll be adventuring into a sea teeming with history, where one can happen upon wrecks of ships, populated by colourful sea anemones and shimmering fish, or relics of the Classical Age. Go back in time in your mind and trace the Greeks’ trade routes, get to know and explore around Noto, discovering gems that are hidden and virtually inaccessible. The boat trips are an excellent place for popping the fateful question romantically, or for celebrating an anniversary in an exciting, unusual way. 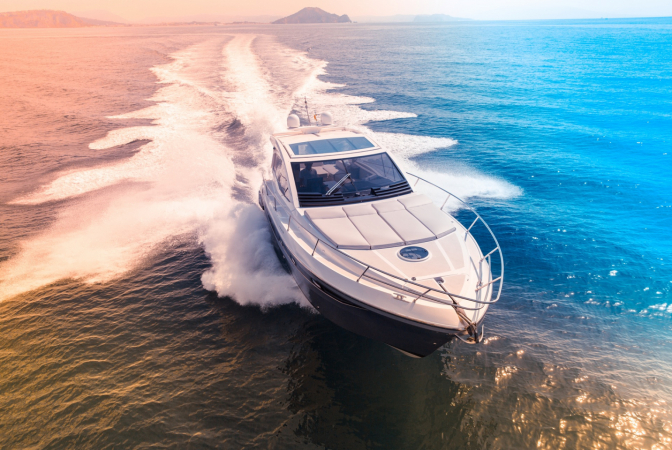 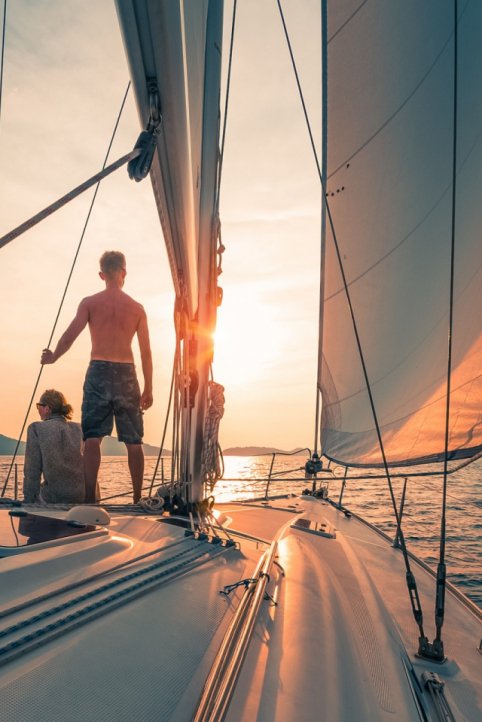 On request, we can organise excursions to suit all requirements, arranging lunch on board, for example, or finding the right staff for a trip in a sailing boat. You’ll voyage in comfort, lulled by the mild waters and tailored service, enjoying one-of-a-kind experience, led by an expert professional skipper, who has all the lowdown on the best spots for diving and snorkelling.

A mini-cruise close to the San Corrado di Noto private beach will lead to the revelation of the natural wonders of the Nature Reserve and Wildlife Oasis of Vendicari , where, after disembarking, you’ll be greeted by flamingos, and, while diving, you’ll be surrounded by the deep green of Posidonia, where hundreds of species of silver fish find refuge! The Tonnara di Vendicari is also the perfect spot for diving.

Heading south, we encounter the intriguing Acqua delle Colombe, the mouth of a watercourse, where spring water tumbles into the sea, forming a gathering place for doves, which come here to drink. The Island of Capopassero has some amazing spots for observing marine fauna, especially below the Spanish fort, where numerous caves are to be found, the haunt of the Mediterranean rainbow wrasse, the sea bream, the damselfish and the octopus; there is even a historical relic: an ancient anchor, right under the lighthouse.

Capo Musso, Grotta del Polpo, Scoglio Maltese and Punta del Travo are also excellent places to visit on an excursion. The Isola delle Correnti, so-called because of the powerful current there at the meeting point of the Ionian Sea and the Sicilian Channel. The island’s bay is characterised by sand dunes and the seabed is also sandy. The wreck of a ship lies here, about 50 metres from the coast. It is a Maltese merchant vessel, which sank as a result of a fire about thirty years ago.

Also heading in a northerly direction, exciting places wait to be explored, like the mouth of the River Cassibile, where there is an underwater spring of freshwater among the rocky outcrops, or the islet of Ognina, a perfect spot for snorkelling. And to end the trip in glory, one word is enough: Plemmirio. Here, a protected marine area offers lots of great places for diving, where a varied multitude of fish dart about, reflecting the sunlight and letting you glimpse the splendid statue of a mermaid, lowered into the water in 2008, in honour of Rossana Maiorca, former freediving championess who died prematurely.

Excursions by boat in Sicily are veritable adventures in time and space, from which you return changed, with the tang of the sea on you and a collage of evocative sounds and colours in your head. A memory that will stay with you for the rest of your life. 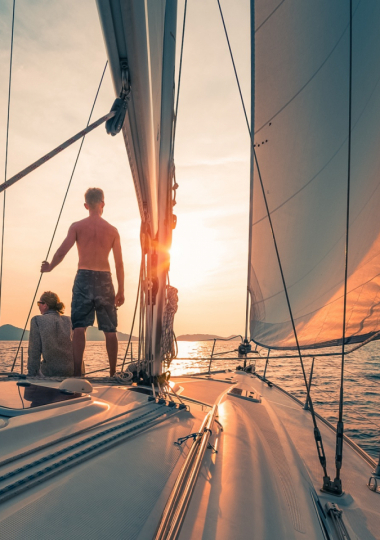